OneMap is a Houston, TX based minerals acquisition group that has provided liquidity solutions to individual mineral owners since 2012.

It begins with our people and extends all the way to closing.

OneMap is a premier minerals acquisition group with backing from leading institutional and family office investors. Our multi-disciplined, highly expert team produces offers you can trust, and our strong financial backing provides confidence in timely closings.

The Leadership Team is dedicated to the vision of building a better future for mineral owners and investors. Their combined oil and gas experience, proven track record of success, and commitment to absolute integrity lead the way for the OneMap team. 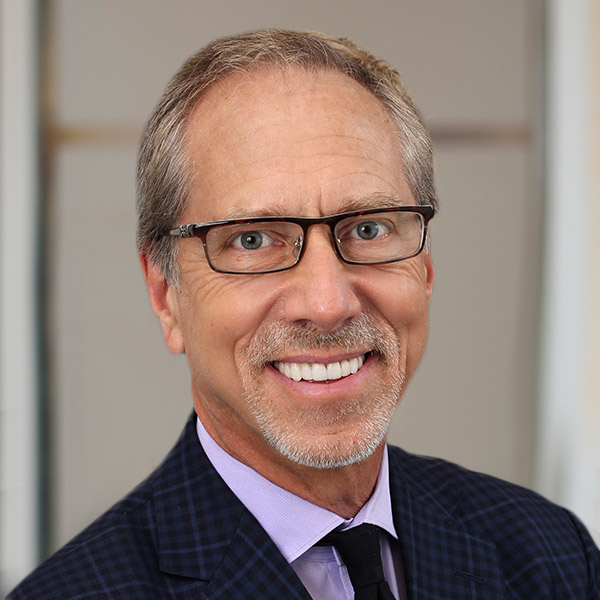 Alex Cranberg has over 40 years of oil and gas experience, leading successful projects in both the US and abroad. Alex began his energy career as an operations and reservoir engineer for Houston Oil and Minerals Corp, later joining General Atlantic Partners, where he was responsible for its successful petroleum investments in the volatile 1980’s. Alex went on to found Aspect Energy in 1993, an independent exploration and energy investment company based in Houston, Texas, Denver, Colorado, and Budapest Hungary.

He graduated from University of Texas at Austin in 1977, receiving a degree in Petroleum Engineering, and went on to earn his MBA from Stanford University in 1981. In 2011, Governor Rick Perry, appointed Cranberg to a six-year term on The University of Texas System Board of Regents where he also serves as Chairman of the Health Affairs Committee. He is also on the Board of the Texas Medical Center.

Alex is dedicated to philanthropy and is focused on backing diversity and innovation in education (as Chairman of ACE Scholarship Foundation) and activism in a variety of public policy areas, including serving on the Board of Directors of The Leadership Program of the Rockies. He was named to the Rocky Mountain Oil and Gas Hall of Fame in 2010. 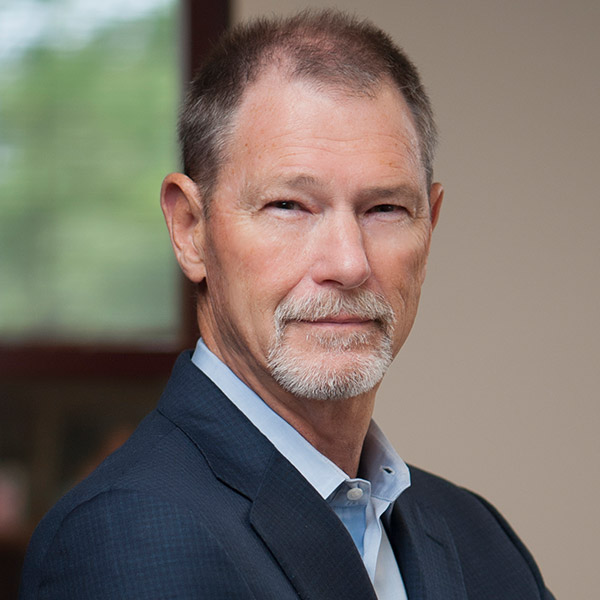 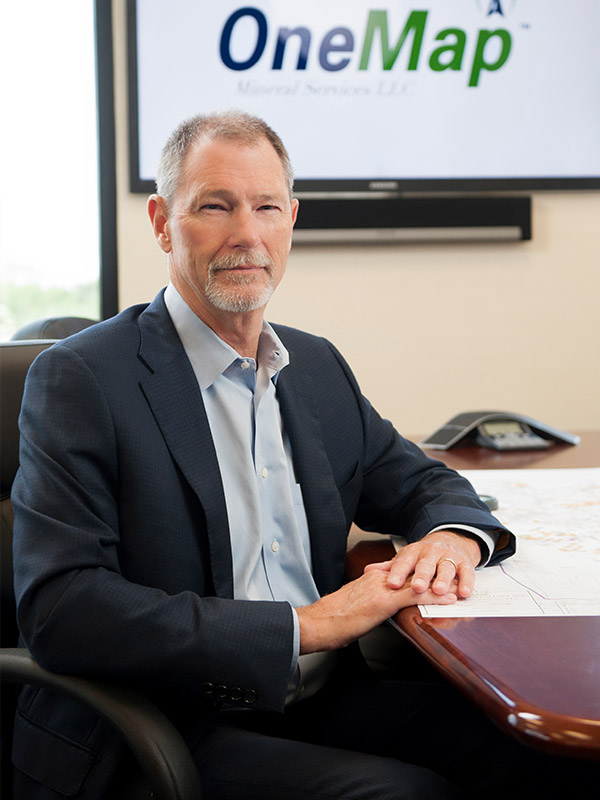 Mackie Cannon is a petroleum engineer with over 40 years of oil and gas experience covering E&P, consulting, and banking and investing. Prior to OneMap, Mackie and Scott Ritger founded TIC in 2002 to apply their expertise to new onshore oil and gas plays in the continental U.S. Their efforts have produced a total of 9 projects and over $1 billion in gross value creation.

Earlier in his career, Mr. Cannon served as Vice President of Engineering at Aspect Resources, where he built Aspect’s in-house engineering team. He was also a member of the Aspect Management Team, which was responsible for all of the operations and direction of the company.

Mr. Cannon has a B.S. in Mineral Engineering with a Petroleum Option from the University of Alabama. 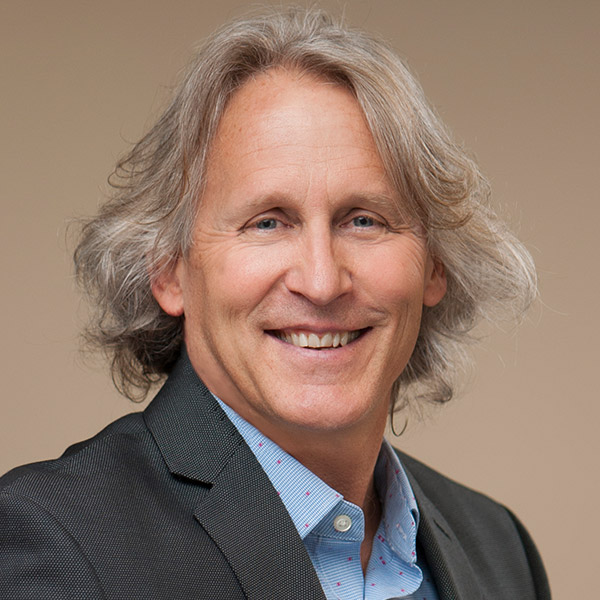 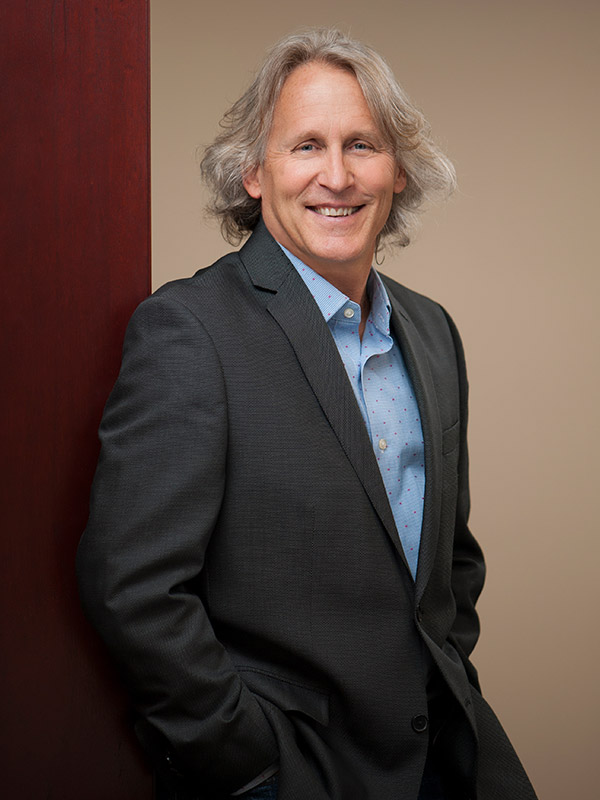 Scott Ritger has close to 30 years of oil and gas experience in exploration and production, technical and supervisory, including both domestic and international. He began his career at Amoco, working operations and exploration in the Rockies and in Poland. Following Amoco, Scott spent six years as Geological Manager with Aspect Resources.

Prior to OneMap, Scott and Mackie Cannon founded TIC in 2002 to apply their expertise to new onshore oil and gas plays in the continental U.S. Their efforts have produced a total of 9 projects and over $1 billion in gross value creation.

Mr. Ritger has a B.A. in Geology from Carleton College, an M.S. in Geochemistry from Lehigh University, and a Ph.D. in Economic Geology from the University of Cincinnati. 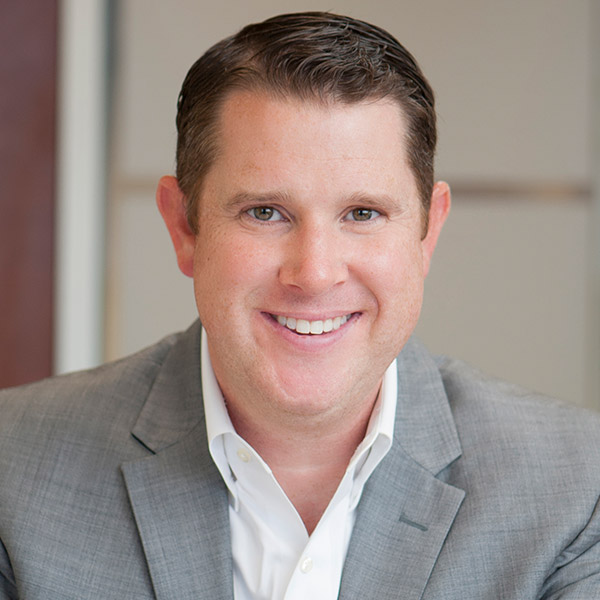 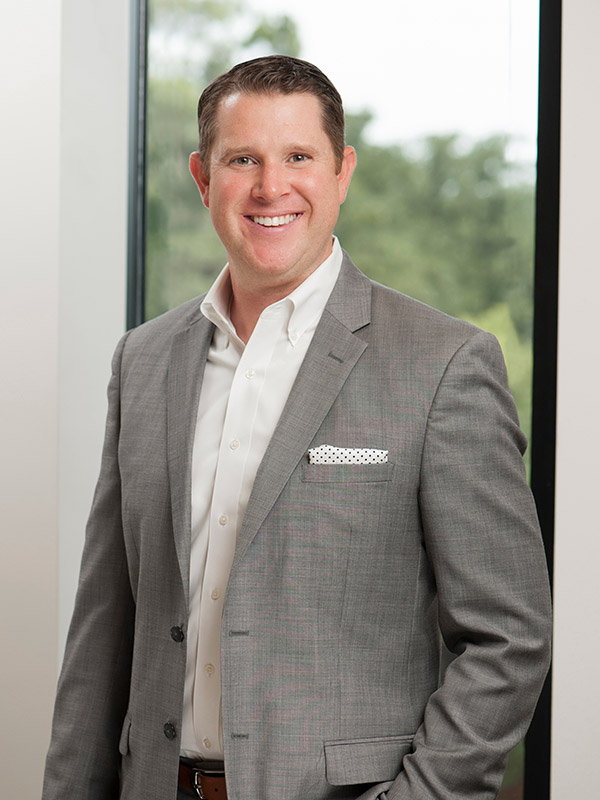 Andrew Davis is an experienced commercial leader, with over 15 years of sales and strategy success at General Electric, Novartis, and innovative start-ups.

Earlier in his career, Mr. Davis progressed through successive leadership roles with General Electric and Novartis, culminating in his selection as the National Director of Strategic Accounts for the $1 Billion Neuroscience Business Unit of Novartis AG. 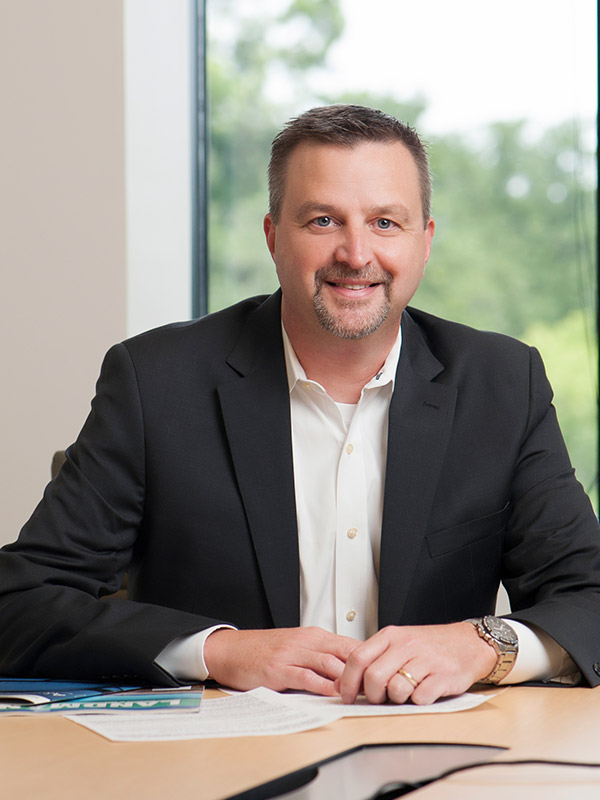 Joseph Joyce has over 30 years of experience managing land and property administration departments for a variety of companies including Shell Western E&P, Destec Energy, Enron North America, Black Stone Minerals and Petroleum Geo-Services. Most recently, Mr. Joyce spent 10 years as the VP of Land at Constellation Energy (Exelon) and was part of the management team that built, managed and monetized a large and geographically diverse portfolio of conventional and unconventional assets.

Mr. Joyce has a BBA in Petroleum Land Management from Texas Tech University. 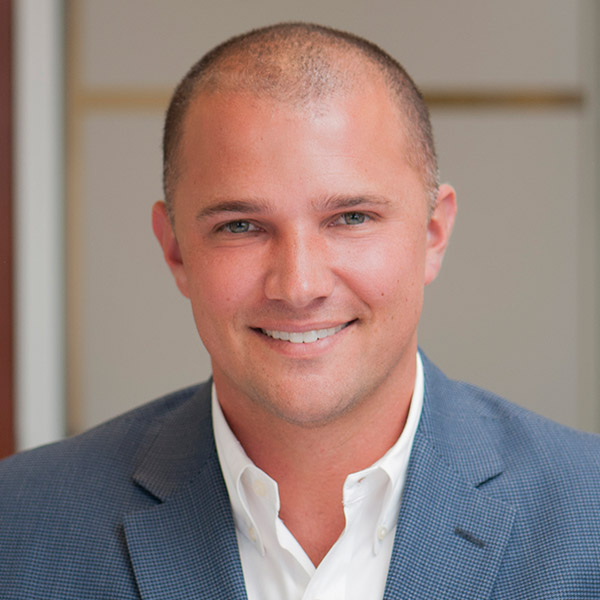 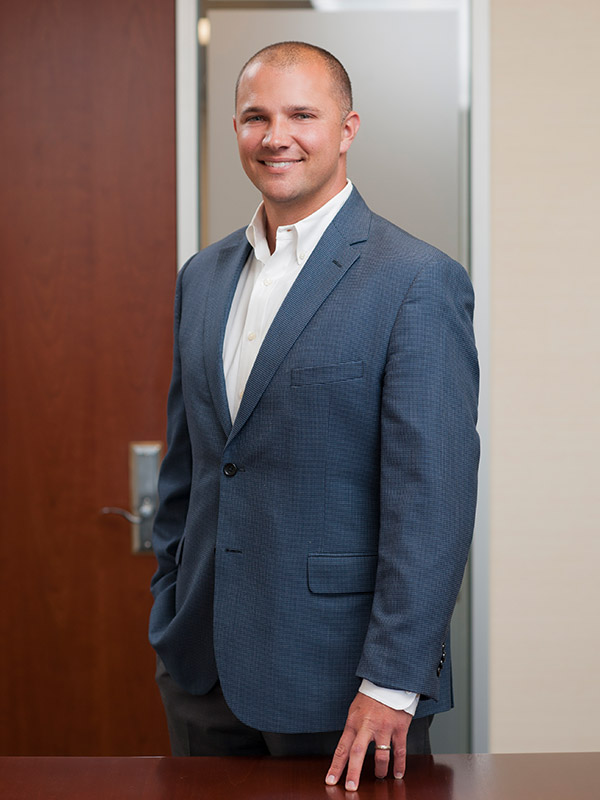 Adam Olivier has over 15 years of mineral and lease acquisition experience in various plays across the United States.

Prior to joining OneMap, Mr. Olivier managed lease projects for various E&P companies, including projects for Aspect Energy, Constellation Energy (Exelon) and other leading energy companies. In addition, Mr. Olivier acquired mineral interests as a partner of Arete Acquisitions in various basins, with a focus on the Permian Basin and Marcellus Shale.

Mr. Olivier obtained a B.S. in Accounting from the University of Louisiana at Lafayette. 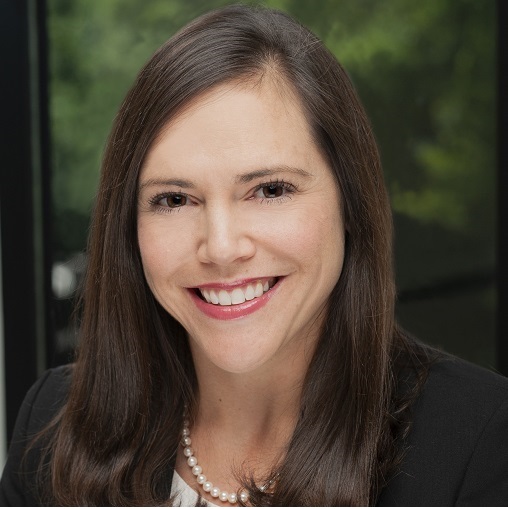 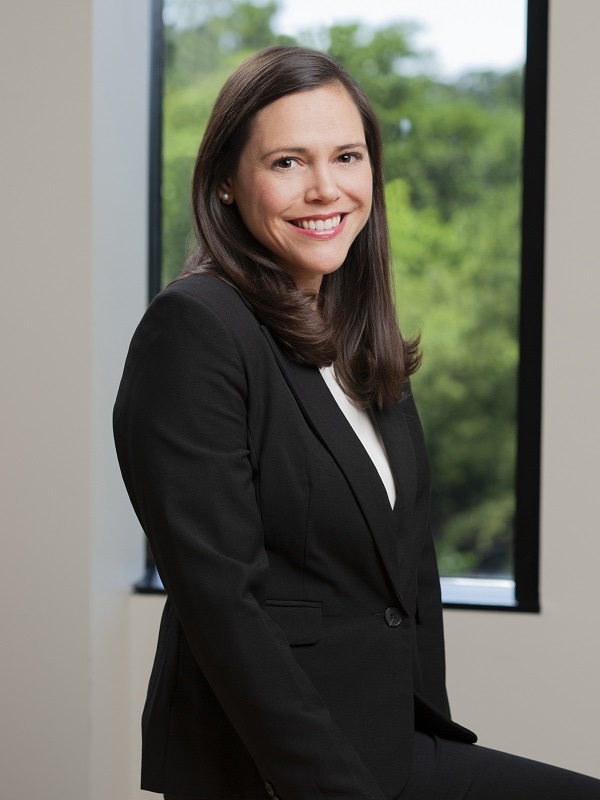 Bonnie Colomb is a Landman at OneMap and is primarily responsible for preparation and negotiation of contractual closing documents, specifically mineral acquisition agreements and deeds of conveyance. She is a key liaison with external business associates and assists in title related research and review, risk assessment, and broker management.

In 2012, Mrs. Colomb joined a team of land professionals conducting acquisition and title due diligence activities in the Utica Shale play in Northeast Ohio.  She continued her career in oil and gas land work in Pittsburgh where she worked in the Marcellus Shale as a title abstractor and reviewer.  Prior to joining OneMap, she worked as a Senior District Landman with a focus on the Tuscaloosa Marine Shale and Permian Basin.

Mrs. Colomb graduated from Louisiana State University with a Bachelor of Art’s Degree in Political Science, with minors in both History and Sociology.  She received her Juris Doctor from Loyola University New Orleans College of Law and is licensed to practice law in Louisiana. 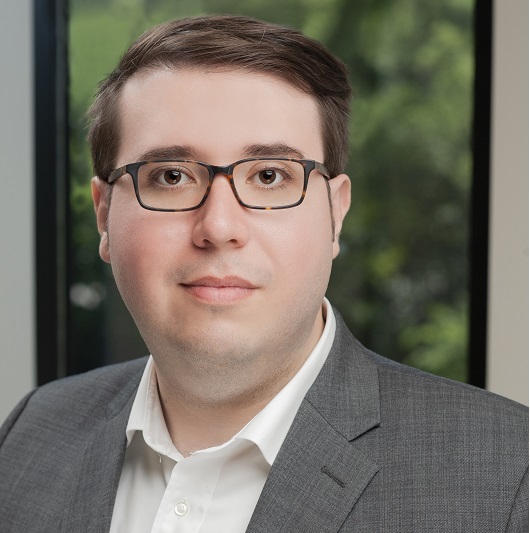 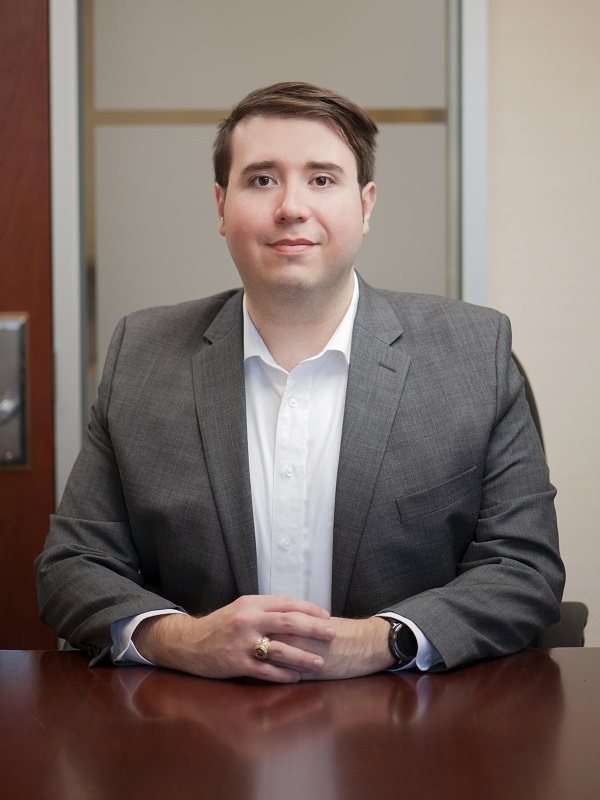 Eric Fraga has more than 10 years of professional land experience in various oil and gas plays across the United States.

Prior to joining the OneMap team, Mr. Fraga managed in-house leasing projects for expansive development plans in the Eagleford shale play and has handled title broker management across various joint ventures. The early part of his career was spent in the field as a Landman in Pennsylvania, Ohio, Louisiana, and Texas, where he gained experience in project management, title research, curative work, abstract preparation and review.

It has been a real pleasure to work with OneMap, and I would certainly recommend the company to anyone interested in selling mineral rights! The entire process was relatively painless, and the closing was surprisingly easy. Thank you again for working diligently with me to close this transaction.

The statement above was provided by a non-advisory client of OneMap and is specific to the selling of mineral rights and not an endorsement or recommendation of any OneMap advisory product or service. No compensation was provided by OneMap in exchange for such statement.

There are many reasons to consider selling your minerals — gaining greater financial flexibility, estate simplification, and reducing debt are just a few examples. Click here to learn more.

Our team has the experience and expertise to surpass your expectations. Whether you are actively looking to sell or simply investigating your options, we want to serve as a trusted resource in your process. Click here to connect.